IBERIAN HAM, A PLEASURE TO BE SAVOURED WITH THE SENSES

There’s no doubt about it: savouring Iberian Ham is a multisensory experience. That’s why we want to teach you all the tricks to help you recognise it and fully enjoy a tasting using your senses.

Here you’ll learn how to have a professional tasting of Iberian Ham at home by following some simple tips from the experts from SIPA (Analysis and Innovation Service for Products of Animal Origin). So, what are you waiting for? Get ready to embark on an exciting journey through the senses! 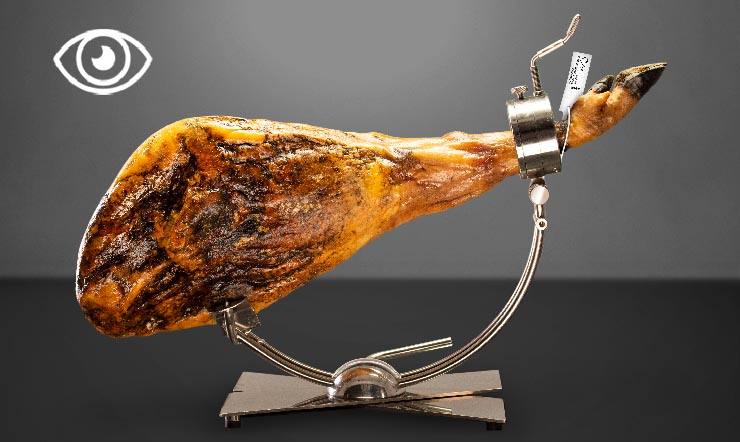 SIGHT is the first sense that comes into play during a sensory tasting of Iberian Ham. You’ll use it to appreciate the external appearance of the ham. A long, slim shape and a fine shank are visual features that distinguish Iberian Ham.

Using your sense of sight, you should also look for the fat covering the outside of the ham. If it has a yellowish tone and gives easily when pressed, then it’s an Iberian Ham.

Finally, there is one more nuance that you’re sure to spot: the pattern of the slices, which have the unique, characteristic marbling of Iberian Ham. The white, shiny veins of fat contrast perfectly with the deep red of the slice of ham, contributing to its exclusive aroma, flavour, and intensity. 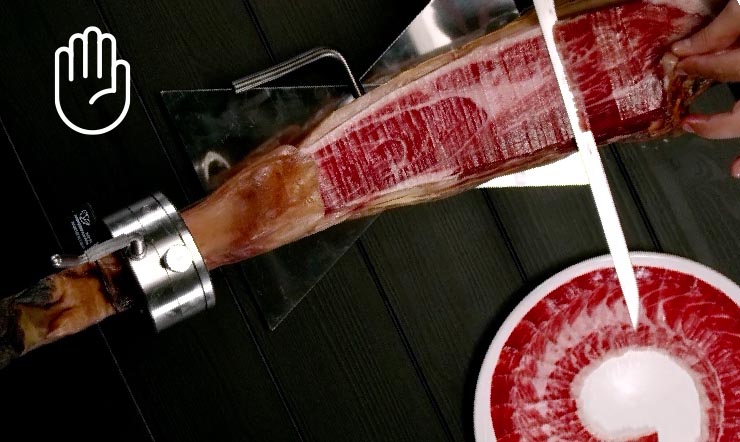 In fact, the characteristic marbling of Iberian Ham is responsible for its smooth, delicate texture, thanks to the shiny, intramuscular fat in every slice that expands and melts in your mouth.

Along with a pleasant texture, it has the necessary firmness to make it chewable, causing that unique explosion of flavour on the palate. 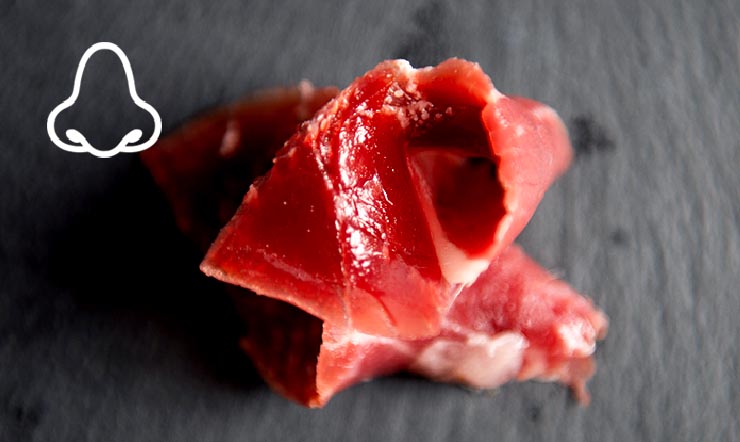 After sight and touch, it’s time to talk about your sense of smell. You’ll use it to appreciate the aroma, one of the aspects of Iberian Ham that is the most challenging to perceive, as it is detected by both your nose and mouth. If you discover a cured, intense, pleasant, and balanced aroma, then it’s an Iberian Ham. 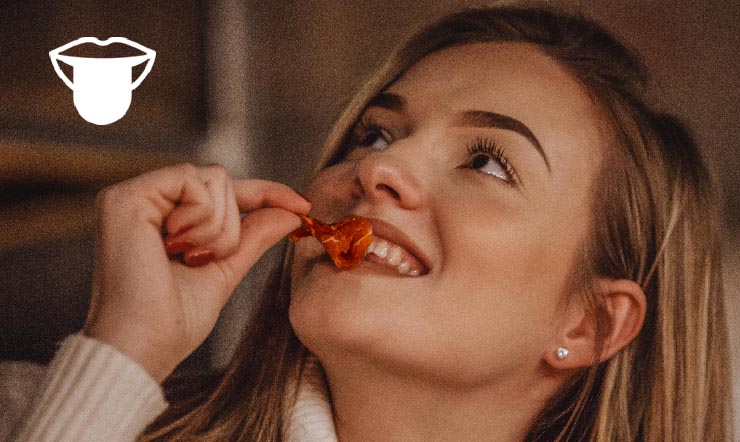 And of course, we couldn’t finish our sensory tasting of Iberian Ham without talking about taste, a sense closely linked to that of smell. You’ll detect the aromas with your nose and as soon as you put the slice of ham in your mouth. At that moment, your sense of smell starts to share sensations with that of taste, contributing to that explosion of intense flavour so characteristic of Iberian Ham. Sweet, salty, and cured nuances converge in umami, the fifth sense, one that stimulates your palate and is subtle, prolonged, and so hard to describe.

It’s a moment of utter enjoyment that starts before you even taste it, and as soon as you begin to smell Iberian Ham.

A moment in your mouth, a memory that lasts forever.